What is a Christian?

“Christian” is a term that refers to a person who has a personal relationship with Jesus Christ. A Christian believes that Jesus was not a mythical figure, nor was He a mere man who lived during the Roman Empire for thirty-three years and died without victory, but He is the one and only Son of God, who loves every person who has ever lived so much that He conquered death to give us eternal life with Him.

Becoming a Christian is a response to this extraordinary love. By declaring themselves a Christian, people commit to a life transformed by the person of Jesus Christ.

Anyone can become a Christian. Nothing in your past, nothing you think or feel is too terrible that it cannot be salvaged by what Christ has done.

What do we believe?

While we all share those common beliefs, there are plenty of things that make us different! Children, teenagers, students, men and women, old and young, singles, couples, families from a diverse number of countries with different church traditions (or none at all!). We don’t always agree on every matter of belief but we believe that we are one family in the body of Christ who come together to encourage, support, teach, have fun with and most importantly love one other!

When Do We Meet?

We meet together frequently to worship God, to study the Bible and to encourage and pray for one another. We warmly welcome visitors to our meetings. As of September 2019 the following service times and locations will apply.

10:30am - 11:45am Bellevue Chapel. Rodney Street
We are now meeting in small numbers in person at 10:30am on Sundays. If you are a visitor and would like to attend the service please contact us so that we can reserve you a space as numbers are strictly limited by current government guidelines. Otherwise you can watch the service live or catch up online later here

6:30pm - 7:45pm Online via Zoom
Join us to participate in communion (bring your own bread and wine) and share together encouragements in times of prayer, bible teaching and song.

For details of other gatherings, take a look at the Community page. 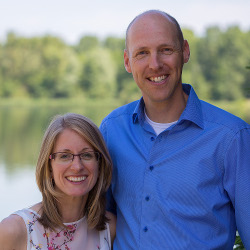 Christiaan Hofstra is husband to Donna and father to Chloe and Anna. Originally from Holland, he has lived all over the world, from Hong Kong to Los Angeles. Now he calls Edinburgh home, and is looking forward to new beginnings of Christ and His Gospel at the centre of Bellevue Chapel. When he isn't preaching on Sunday morning, you can find Christiaan cycling, enjoying a bit of music or even taking a stab at cooking. 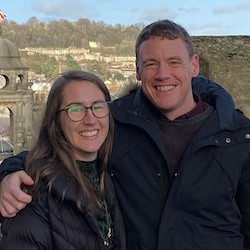 Alex is married to Frances and is originally from the Bristol area. He is training for Pastoral ministry at Bellevue and studying  theology at Edinburgh Theological Seminary. He worked as an accountant for a number of years and enjoys playing the piano, watching cricket and reading history in his spare time. 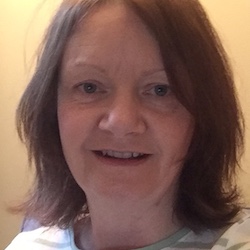 Fiona is originally from Glasgow and found her way to living in Edinburgh after a decade spent south of the border in London. A member at Bellevue for many years Fiona is the pastoral care assistant, supporting the Senior Pastor in providing pastoral support to church members and the wider community.

The Senior Pastor and a team of elders lead Bellevue. The elders’ primary role is to provide spiritual oversight to the church. This function is discharged specifically through the provision of pastoral care, teaching and discernment of God's will for the church. The leadership model as demonstrated by the Lord Jesus and emphasised by scripture is that of servant leadership. 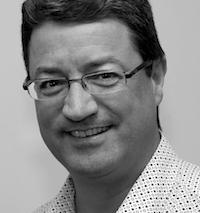 Rowan is a medic who loves watching the sporting endeavours of his four children and escaping to Loch Lomond to be on the water. 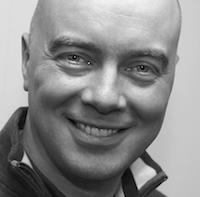 George is a husband, dad, lawyer and supporter of a famous Glasgow football club. His gradually expanding waistline disguises that he also likes to cycle 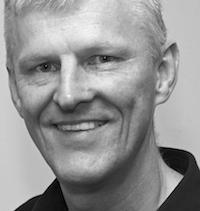 John's natural habitat is at home with family when not at work or attending group gatherings; he enjoys fresh air and exercise 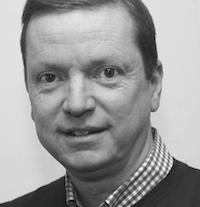 Alan is married to Julie and they have one son. He is almost now accepted in the east of Scotland having emigrated from the west many years ago. 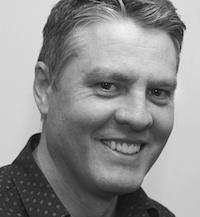 Ewen works as a software developer, enjoys spending time with his family, golfing and watching most sports. 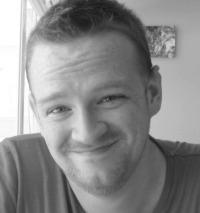 Ken is married to Anne and is an IT security consultant. He avoids exercise by being otherwise engaged in a geeky pastime related to either computers, aviation or both.